On December 1 and 2, 2016 on the basis of JSC Research Center “Stroitelstvo”there was held Scientific Conference on Aseismic Construction (with the International Participation).

JSC Research Center “Stroitelstvo”, the Russian Academy of Engineering (RAE), the Russian Аcademy of Аrchitecture and СonstructionSciences (PAACS) with support and participation of the Russian Academy of Sciences (RAS) and Russian association on aseismic construction and protection against natural and technogenic influences acted as conference organizers. The main media partner of the conference wasthe journal “Aseismic Construction. Safety of Constructions”, media sponsors were alsoThe Bulletin of Research Center “Stroitelstvo”, “The Engineering Newspaper”, “The Construction Newspaper”.

In total 168 delegates registered for participation in the conference. Scientists and specialists not only from Russia, but also the representatives from the near and far-abroad countries such as Taiwan, Kazakhstan, Uzbekistan, Azerbaijan, and Armenia shared results of their research in the field of aseismic construction. Participants from many regions of the Russian Federation from the Sakhalin islandto Kaliningrad arrived for the conference too. Not only the famous scientists in the field of aseismic construction among whom there were leading researchers, experienced designers, engineers, but also the future of the Russian science i.e. young scientists and graduate students arrived to get acquainted with the latest scientific achievements.

The conference commemorated Vladimir Iosifovich Smirnov, one of scientists of the recent years in the field of research and development of technical solutions and design of buildings and structures with systems of seismic isolation, analytical methods of researchto control earthquake response of buildings, development of adaptive systems of seismoprotection, optimizing design for strengthening and reconstructing existing buildings.

In his welcoming remarks the honorary member of the Russian Аcademy of Аrchitecture and Сonstruction Sciences YA.M. Ayzenbergexpressed hope that the conference would become a tribute tothe memory of the expert and scientist, who had passed away so early. Theparticipantsoftheconferencehonored V. I. Smirnov’s memory witha minute of silence.

– theoretical and pilot studies in the field of seismic stability;

– seismicisolation and other innovative technologies of earthquake protection of buildings and constructions;

The project of review of the joint venture 14.13330.20XX.”Construction in Seismic Countries.Construction Norms and Regulations of II-7-81 *”(final version) presented at the conference and prepared by the staff of the Research Center on seismic stability of constructions drew special attention and caused lively discussions.

The papers submitted by scientists and experts of the Taiwan delegation aroused profound interest: Professor Yu-Chi Sung, Doctor Fu-Pei Hsiao, Doctor Kuang-Yen Liu, Doctor Ren-Zuo Wang, Doctor Chun-Chung Chen. The presenters spoke about the Taiwan National Research Center for aseismic construction (National Center for Research on Earthquake Engineering), about the earthquake which occurred on February 6, 2016 and its consequences, and also shared the results of the scientific pilot studies.

Summing up the results of the conference, one of the organizers – the president of the Russian Academy of Engineering, the Head of the Research Centre on seismic stability of constructions of V.A. Kucherenko CSRIBSof JSC Research Center «Stroitelstvo» B. V. Gusevemphasized its high scientific level, thanked the participants for outstanding papers as well as active and fruitful work.

Following the results of the conference the delegates highly assessed the efforts and commitment of its organizers.

There has been made the decision to develop the program forXII Russian National conference on aseismic construction in September, 2017 in Yalta 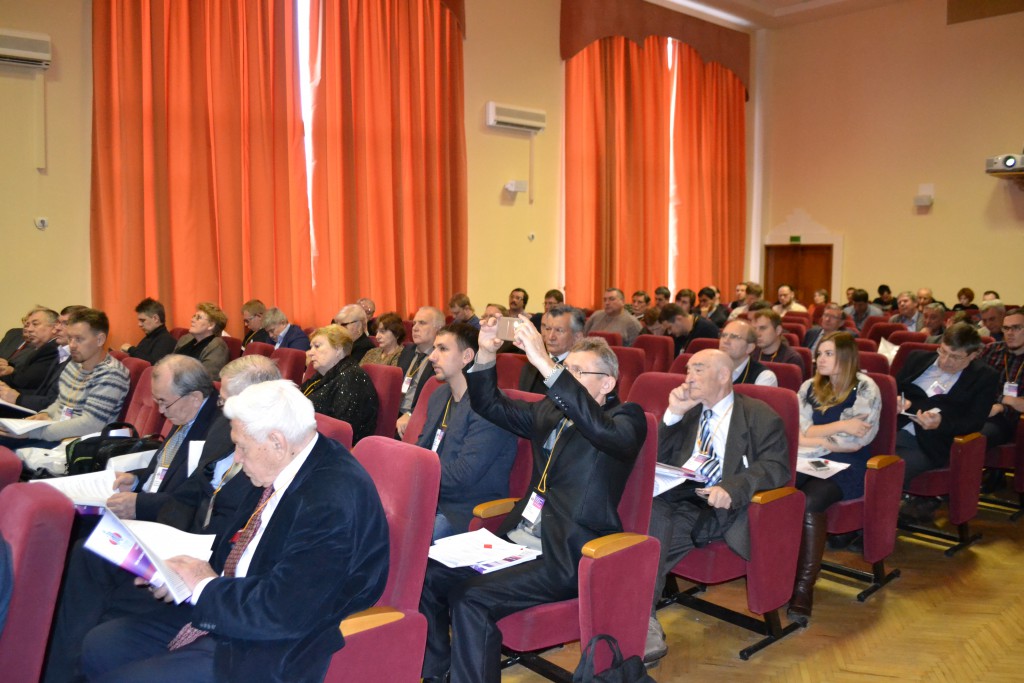 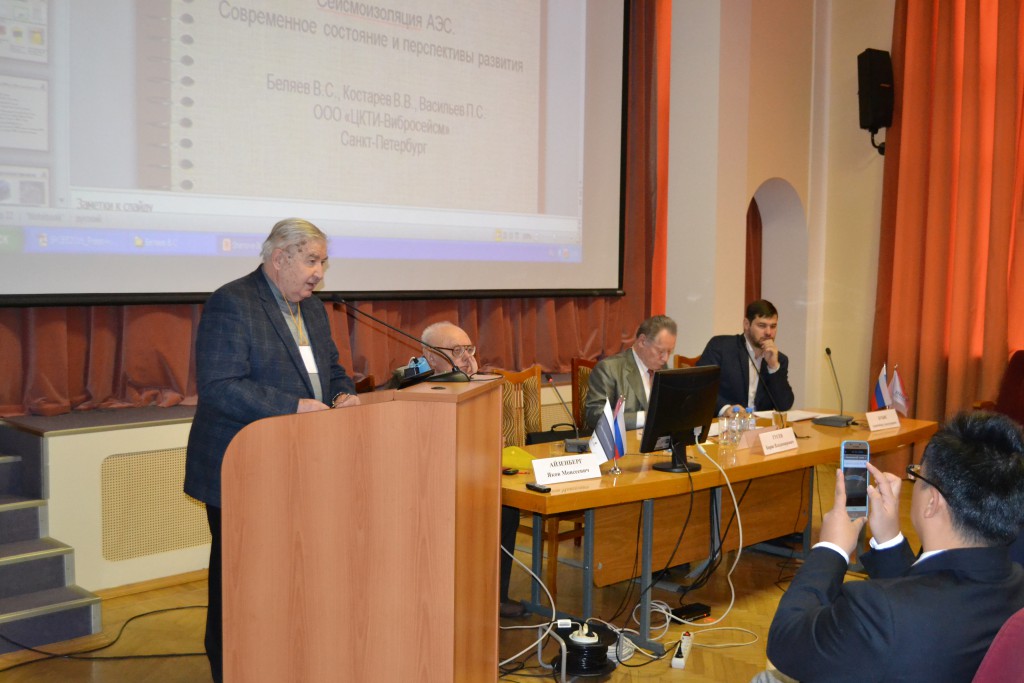 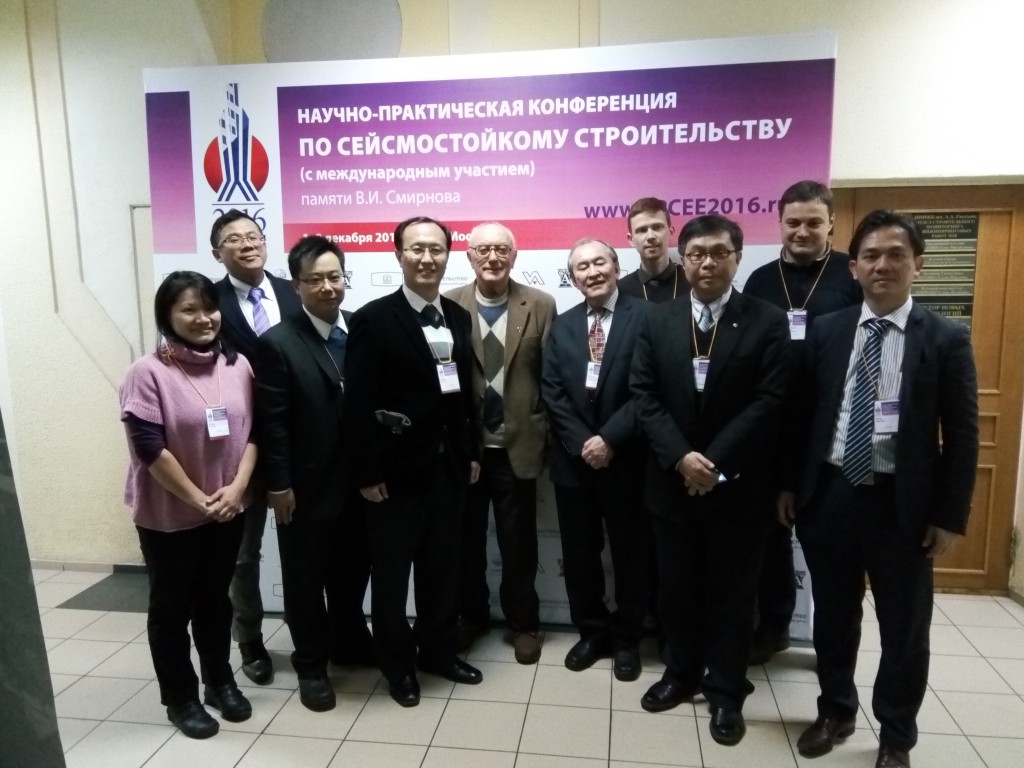