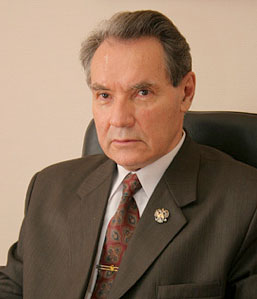 President of Russian Academy of Engineering

Born May 13, 1936, in the settlement of Shilovo, Ryazan Region. Studied at Tyrnovo seven-year school, Ryazan technical school (now college) of railway transport. After completing two years in Moscow State Institute of Railway Engineering, he was sent, within student exchange program, to continue education to Warsaw Polytechnic Institute, graduating in 1961 with master’s degree (Engineer in Railway Engineering).

– force interactions of executive device of compacting machine with elastic-viscous medium;
– structural strength of composite materials, of concrete type;
– developed the bases of non-linear mathematical theory of concrete corrosion;
– performed projects on optimization of technologies and creating new highly-efficient production lines.
Theoretical projects were implemented in practice:
– created parametric range of stroke-vibrational machines which are being serially produced;
– designed new types of production lines for factories of construction industry;
– the work is being made for providing high homogeneity and non-segregation of suspensions and emulsions in cavitational installations.

Professor B.V. Gusev made great contribution in development of the industry of precast concrete. According to the data of Gosstroy of USSR, in 1989, over 10 million m3  of reinforced concrete was made by stroke-vibrational technology. The results of his research work were widely used in construction of Centre for International Trade, and structures for 1980 Moscow Olympic Games.

At the present time, B.V. Gusev develops the bases of nanostructures of cement systems for increase of concrete strength (2-3 times), and creating suspensions and emulsions of high homogeneity and non-segregation for obtaining various materials, including those for creating protective coatings. B.V. Gusev is the expert of Rosnano and Skolkovo-Nanotech.

B.V. Gusev is a prominent scientist and organizer of science and education. He is the founder of scientific school. He was scientific adviser for 10 Doctors in Technical Sciences, 80 PhDs (Candidates in Technical Sciences) in a range of countries of the world. Authored over 600 science papers, 30 books (monographs, tutorials) in English, Georgian, Polish, Russian, Ukrainian and other languages. He is also a prominent inventor; over 130 patents was obtained.

B.V. Gusev took an active part in the work of Advisory working group of Presidential Commission on Modernization and technological development of Russian economy, in scientific-research councils of Russian Academy of Sciences, Government Expert Councils, The Council of Federation of the Federal Assembly of the Russian Federation, Higher Attestation Commissions of USSR and Russia, scientific-research councils of a range of ministries and departments of USSR and Russia.

Under the leadership of B.V. Gusev, the International and Russian Academies of Engineering successfully develops, over the last 25 years, close creative cooperation between scientists, researchers, engineers from CIS countries and worldwide.

Man of the year 1998 (International Encyclopedia Organization, London), for contribution into development of international scientific and research cooperation. At the same year, he was awarded Order of Ambassadors (New York).

President of International and Russian Academies of Engineering, Union of Public Academies of Sciences of the Russian Federation, Co-Chair of Supreme Engineering Council of Russia.

Russian Academy of Engineering is legal successor of the Engineering Academy of USSR, founded by 20 ministries and departments of USSR and RSFSR on May 13, 1990.

The Engineering Academy of USSR since the very beginning of its functioning, has launched its task-oriented activity on strengthening of links between science and industry, on solving the problems of using the results of basic (fundamental) research and their accelerated adaptation into the industry.

In 1993, RAE gained consultative status in UNIDO (UN on industrial development), and in 1997, was included in UNESCO among the expert organizations on new technologies in Central and Eastern Europe. In 2001 and 2004, RAE successfully passed state accreditation in Russian Federation.

At the present time, RAE includes over 1350 full and corresponding members, prominent Russian scientists, engineers and industry organizers, over 200 member societies which include major Russian science & technology organizations, and over 40 regional engineering-technical structures, departments of RAE. 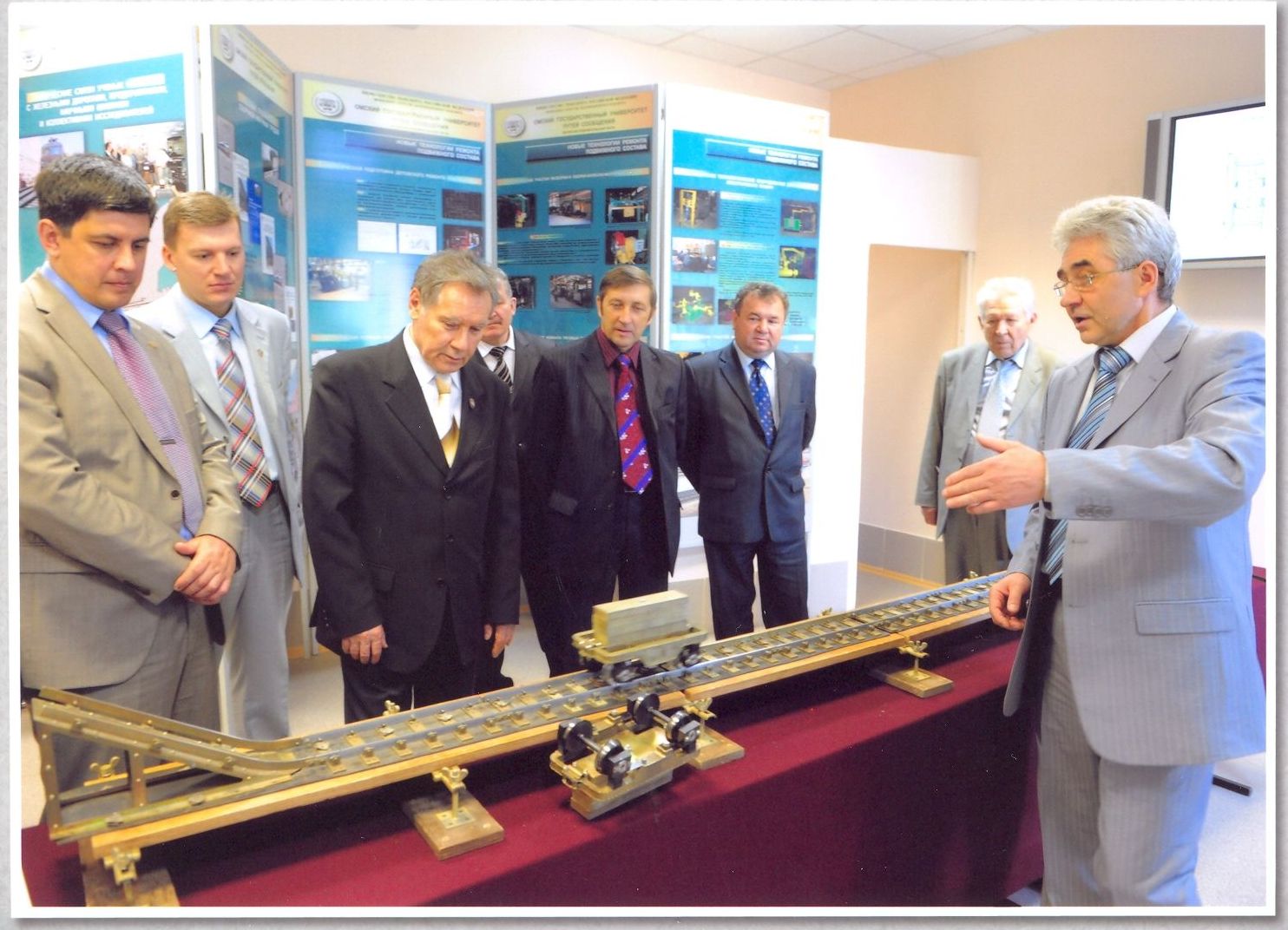 Exit session of the Presidium of RAE in Omsk 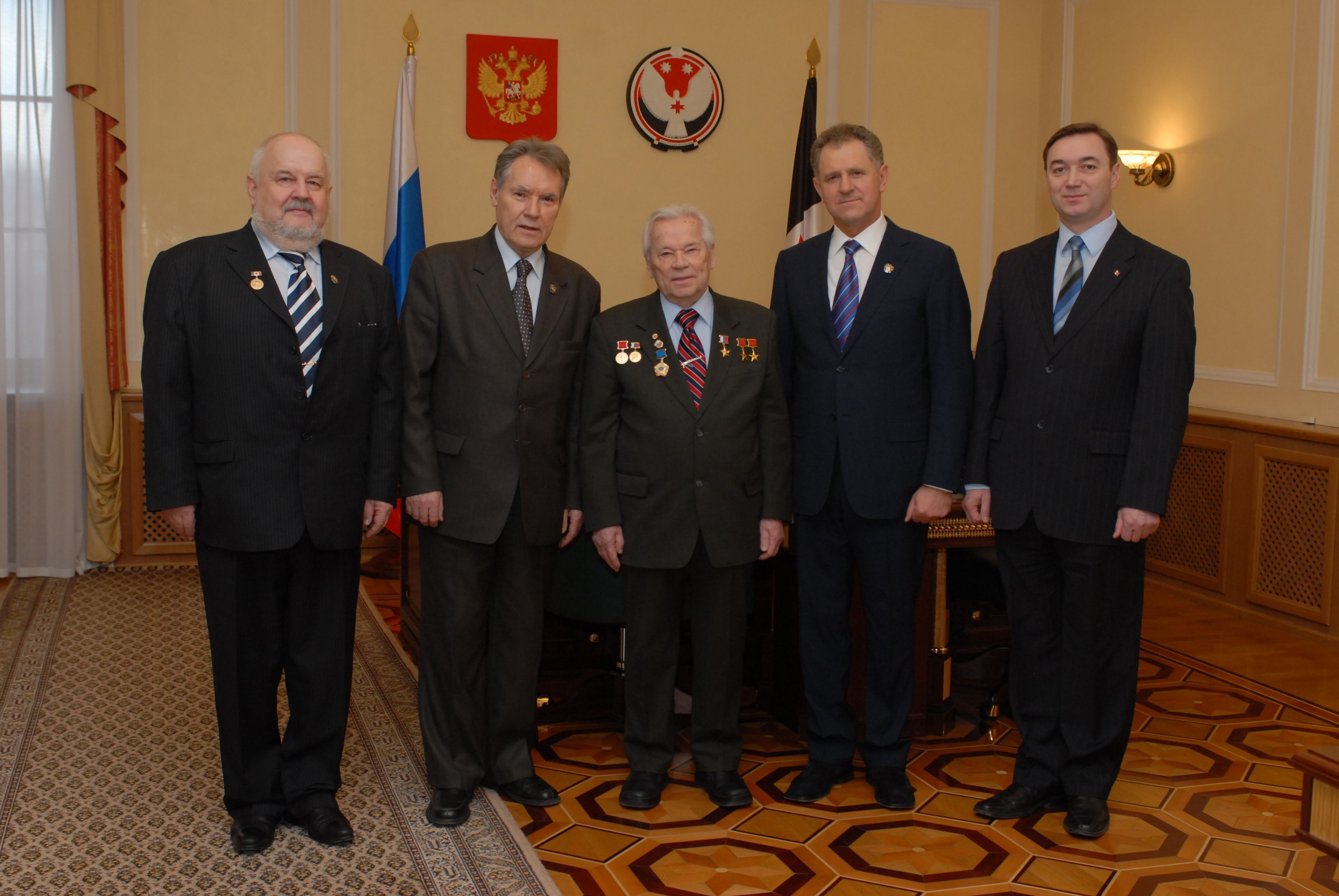 Meeting with M.T. Kalashnikov in the cabinet of the President of Udmurt Republic,
A.A. Volkov (Izhevsk)

RAE carries out large-scale work on the development of science & technology areas in science, creating new machinery and technologies, organization of efficient functioning of the Russian Engineering community.

During the 25-year period of work, about 4,5 thousand new technologies were developed, over 6,5 thousand monographs were published. Over 4 thousand patents were obtained. 209 members of RAE became laureates of State Prize of USSR and RF, 376 members of RAE became laureates of Government Prize of USSR and RF. Annual value of science & research, project and other works in the area of engineering  amounts from 0,5 to 1 billion roubles. 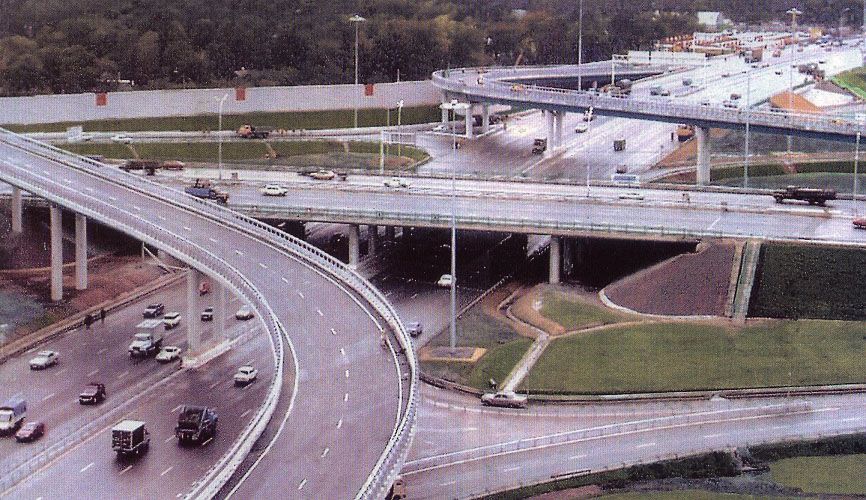 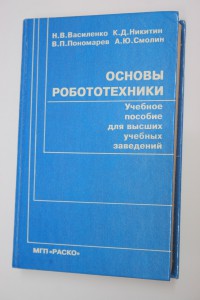 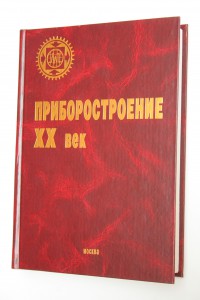 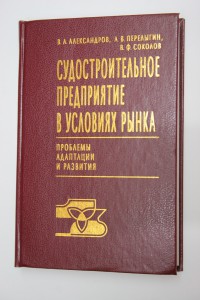 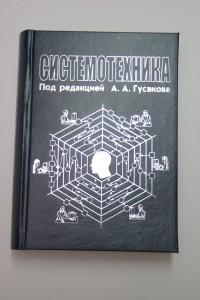 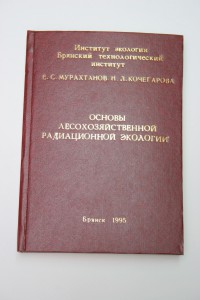 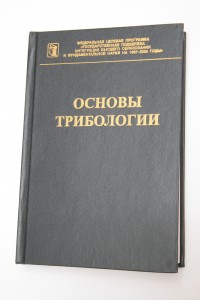 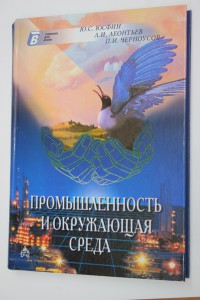 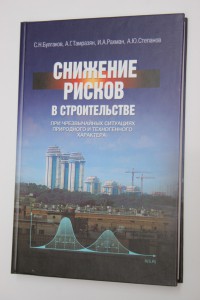 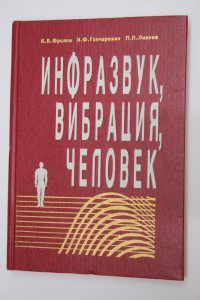 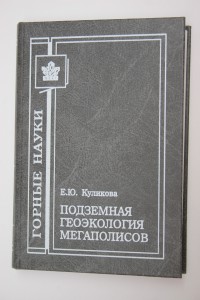 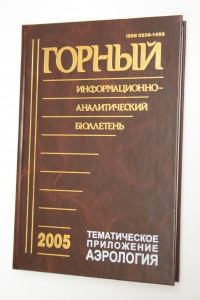 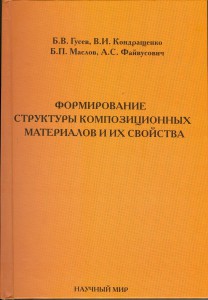 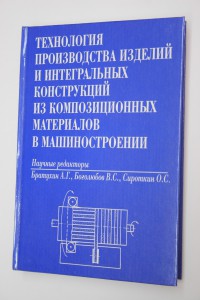 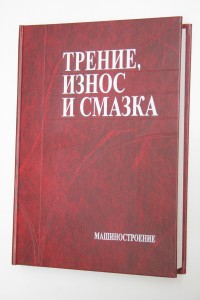 Books scientists and engineers of Russian Academy of Engineering

Among the priority areas of RAE activity are:

But, undoubtedly, the main direction of RAE activity on which major project are being implied, is machine building. Significant science & practical research were carried out by the members of the Academy in the field of shipbuilding, first of all, on the basis of the enterprise “Admiralteyskie Verfi” (“Admiralty shipyards”): new classes of arctic vessels have been created, including dry cargo ships with capability of performing ice-breaker functions in ice with thickness up to 2 meters. In partnership with companies of the leading industrial countries, the Academy takes active part in creating complex marine information and robotized underwater complexes-robots. The essence of the project is modernization of underwater technical services on continental shelf, in ports, lakes and waterways.

The Russian Academy of Engineering carries out wide-scale work on materia science. This is, first of all, the creation of new technologies and materials in various fields of industry:

For example, the using of protective coatings for concretes and metals considerably increases their strength, and their durability may be increased 3…7 times. The results of the research were widely used in practice, particularly, in construction of Olympic structures in Sochi.

New construction solutions have been actively developed, including for operating of structures in seismic conditions and in the areas of permafrost, for increase of resistant capability of structures and buildings, additional pre-stressing with reinforcement of the building with ropes during construction. For the estimate of condition of reliability of structures and buildings (dams, power stations etc.), estimate of weak points or places which may be in unfavourable conditions during seismic influence, new technologies of 3D measurements were proposed. 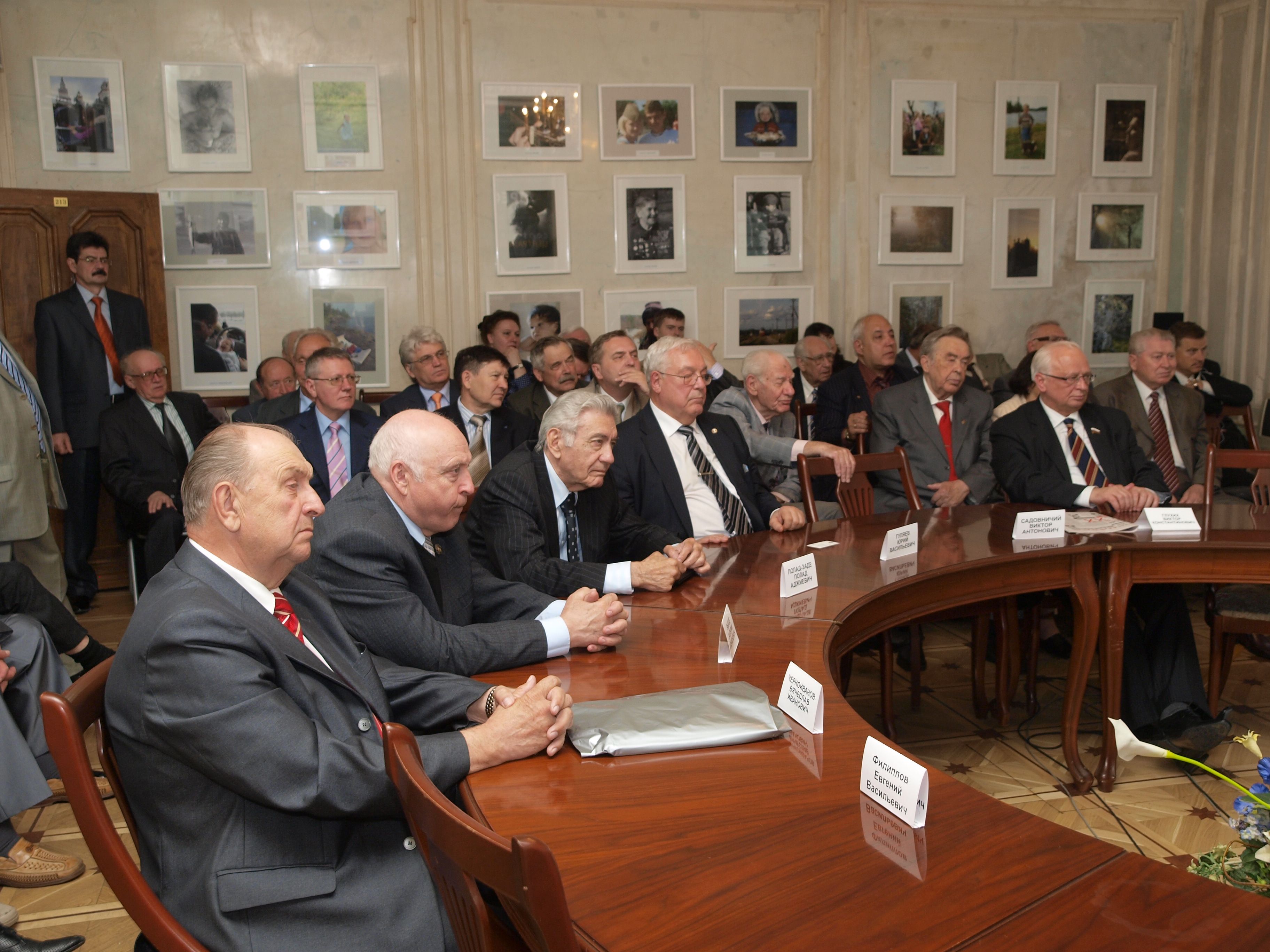 20-year anniversary of the Russian Academy of Engineering
(in the first row, Ministers-Founders)

In the area of energy and resource-saving, solutions are being offered on development of power installations with efficiency coefficient over 70%, and heat exchangers – over 90%, as well as transition from central heat systems to mobile heating systems. Development of using alternative energy sources includes usage of wind power generators, cavitation heaters for heat networks etc.

In the Academy, wave technologies have been widely studied; use of such technologies allows to create various modes, including bioresonance modes in emulsions and suspensions, and provide obtaining of materials of high degree of homogeneity. Special attention is paid to use of wave technologies for modification gasoline and diesel fuel. Interleaving emulsions of “fuel-water” types on wave generators have been obtained, what makes it possible to increase octane number of fuel, at the same time decreasing harmful emissions into atmosphere of carbonic and nitric oxide. Technologies for synthesis of biogas in reactors of new types have been developed: processing of biomass in the reactor of catalytic hydrocracking, what makes it possible to efficiently use in environmentally friendly way natural biological substances for production of combustible gases, heat, and electric power.

The “geography” of scientific & practical activity of RAE has considerably expanded. Of great theoretical and practical interest, the works of major part of regional structures. Among them are the following: 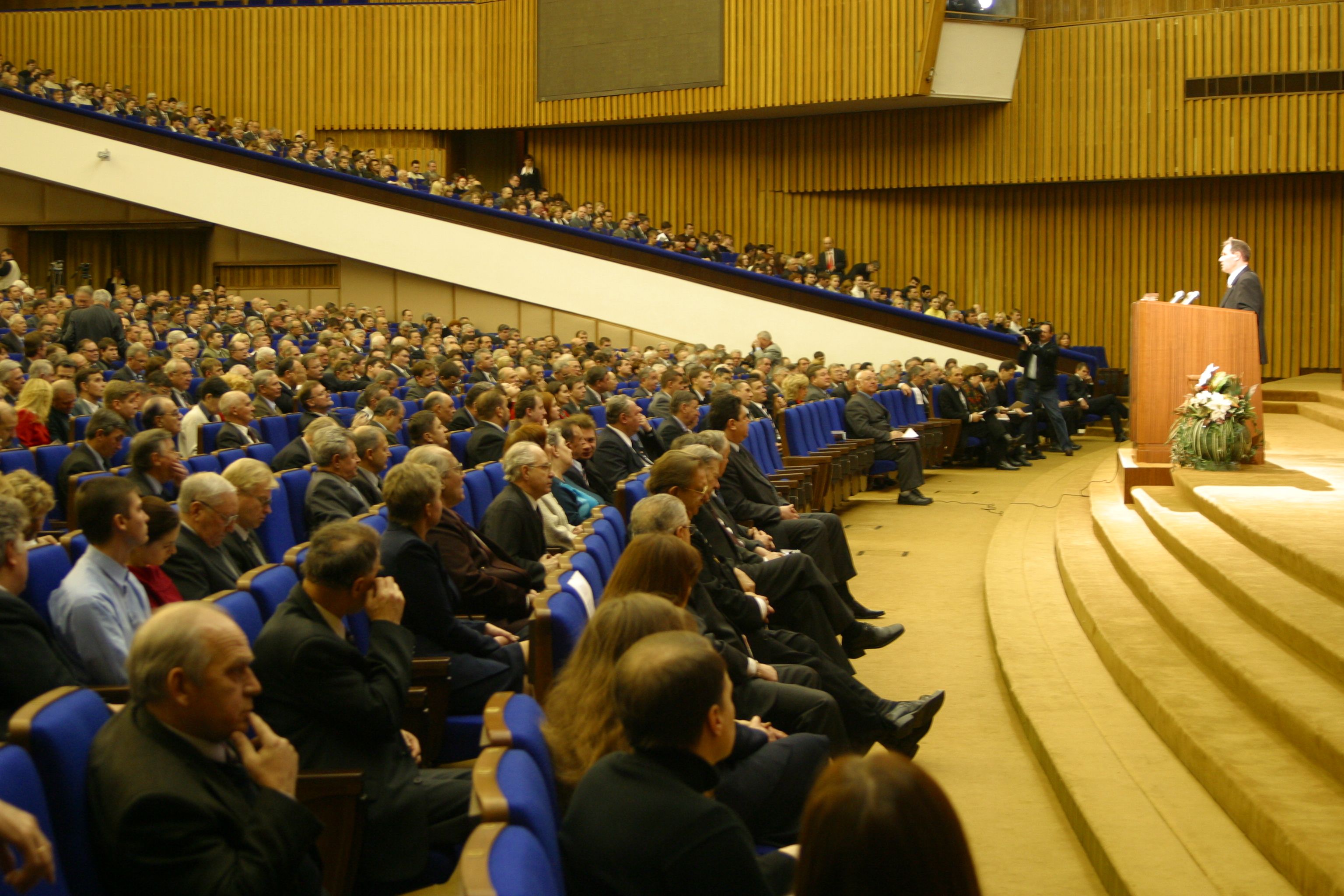 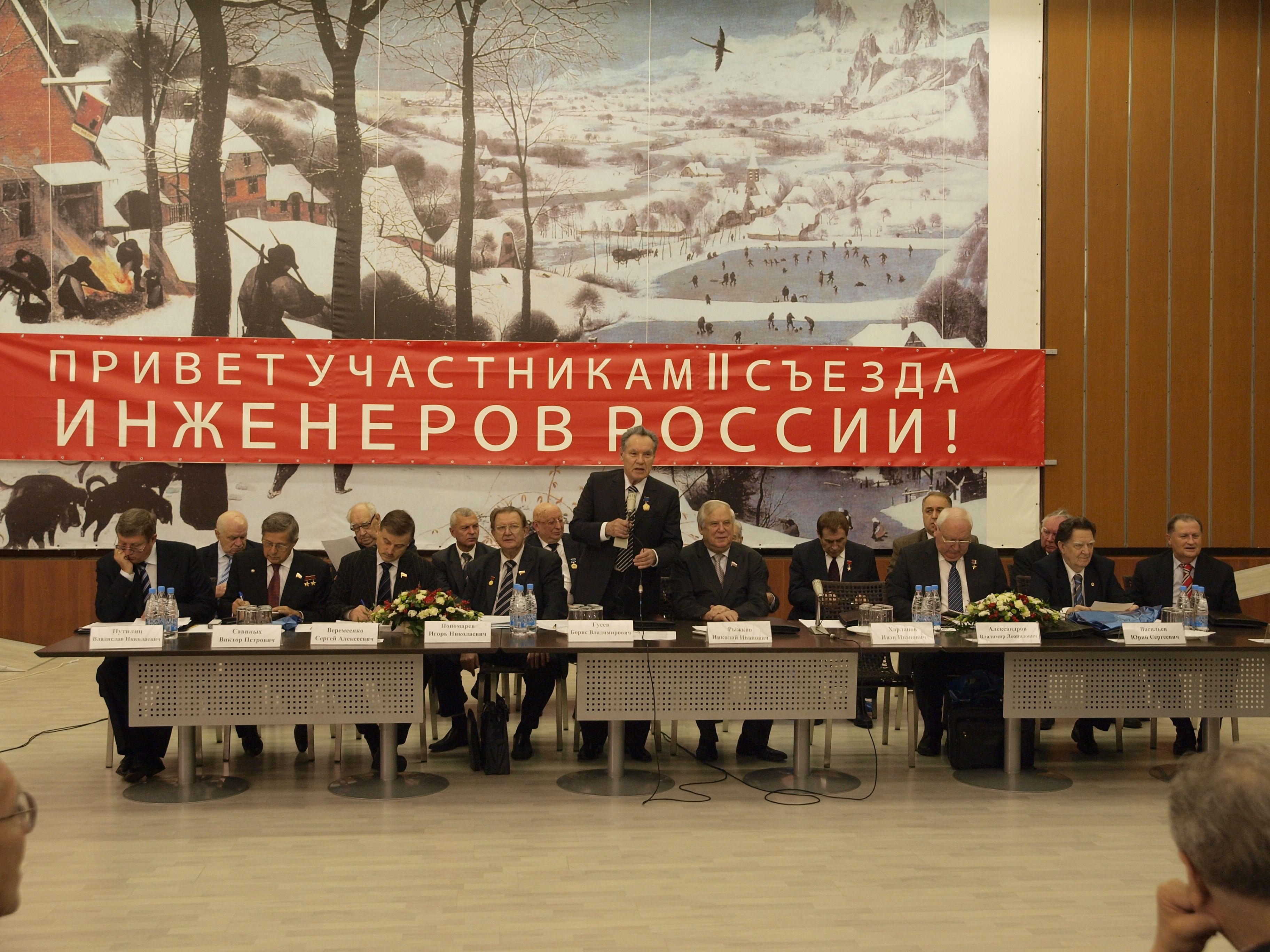 RAE has always been an active organizer of  international and all-Russian forums. Among them are: I and II Congresses of Russian Engineers and of the subjects of the Russian Federation, All-Russian Science & Technology Conference “Reserves of acceleration of economic growth and duplication of GDP”, All-Russian Forum “Peaceful Use of Space”, international and all-Russian conferences – “Perspective tasks of Engineering Science”, “Theory and Practice of Making Products from Composite Materials and New Metal Alloys”, “Small and Alternative Energy, Energy Efficiency”, “Concrete and Reinforced Concrete – a Glance Into the Future”, Scientific & Practical Online Conference “Use of Nanotechnologies in Construction”, specialized exhibitions and conferences “Double-Purpose Products and Technologies”, “Diversification of Defence & Industrial Complex” and others.

Collections of works of Russian Academy of Engineering 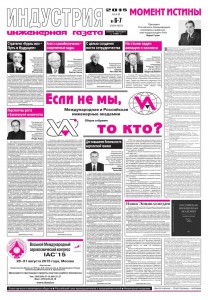 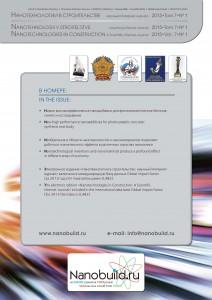 The electronic edition «NANOTECHNOLOGIES IN CONSTRUCTION:
A Scientific Internet-Journal»

RAE takes active part not only in the solving issues of technological development of the country. On the stage of forming higher professional school, serious efforts were taken for retaining engineering education in Russia (over 1/3 of the members of RAE work directly in the area of professional education). The issues of estimate of the state and choosing the main directions of development of professional education were reflected in preparing proposals for the Russian Presidential Commission on Modernization.

Undoubtedly, for the purpose of use of intellectual potential of scientific and engineering structures, the priority task for RAE is provision of constructive interaction with federal and regional organs of legislative and executive power, as well as creating efficient mechanisms of interaction of society, business and government, directed to the coordination of common efforts in elaboration and implementation of national social-economical policy.

This information and reference edition of the Encyclopedia of the Russian Academy of Engineering is dedicated to the 25-th anniversary of the Russian Academy of Engineering. The Encyclopedia includes creative biographies of more than 1750 full and corresponding members of RAE, prominent scientists, distinguished engineers and organizers of industry, elected into the Academy since the foundation. The Encyclopedia provides information of people who in the end of XX and in the beginning of XXI centuries actively contributed to retaining and development of intellectual potential of science & technology on the main engineering directions by efficient implementation of achievements of fundamental science in the industry. These are, first of all, honorary presidents and honorary members of the RAE, members of the Academy, of which the information is provided. 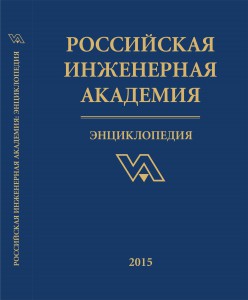 Information and reference edition “Encyclopedia of the Russian Academy
of Engineering”

The Russian Academy of Engineering initiates active integration of the engineering community in Russia, and in the countries of near and far abroad. The Academy is a kind of a generator of new ideas which assist the development of both engineering directions of real sector of national economy, and social-economical development of society. The role of RAE in solving urgent issues on development theoretical and practical bases for creating principally new technological structure, based on the economy of knowledge and competitiveness in all branches of modern industrial and agrarian sectors, continues to grow.

The Russian Academy of Engineering is open for wide-scale cooperation with all creative organizations and persons.