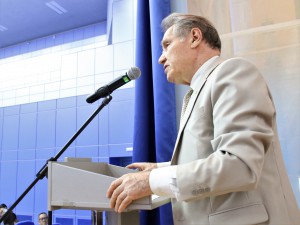 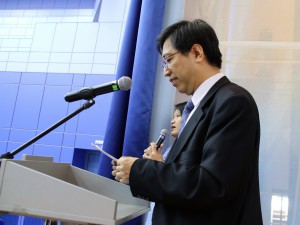 The participants of the general meeting were greeted by the administration of the Kosygin’s University: the President, prof. V.S. Belgorodskiy and the Vice-president for science and innovation, prof. O.V. Kasheev. They thanked the IAE Council of Presidents and the RAE Presidium for their cooperation on the issue of reassigning the title of 03Alexei Nikolaevich Kosygin, the USSR Prime minister, to the United University. They also briefly informed the participants about the general lines of work of the university.

The International and Russian Academies of Engineering are actively working in 25 engineering fields, including aviation and space, general industrial development trends and technologies, automation and robotization of production lines, energy and material sciences.

The Russian Academy of Engineering with the participation of the IAE actively took part in the solution of global technical issues of the XX century:

The members of the Russian Academy of Engineering took part in the development of the technological solutions.

The results of RAE’s work are highly valued in the USSR and RF, among the Academy members (from the moment of its creation):

The following results were achieved in 2017 with the participation of national academies and of the IAE branches:

The Tan Prize Fund Manager, prof. Jenn-Chuan Chern (Taiwan branch of the IAE) made a report on the Tan Prize

The following participants spoke during the discussion:

Branko Katalinich, Director of the Central European branch of the IAE;

Munijon Abdusamatov, Vice president of the Tajikistan Academy of Engineering;

Rostislav Petrovich Simonyantz, IAE academician, Chairman of the Slovenian branch of the IAE;

Archil Iverievich Prangishvili, President of the Georgian Academy of Engineering;

Arcadiy Konstantinovich Tokhonov, IAE Academician, Manager of the Tolyatti branch of the RAE, and others.